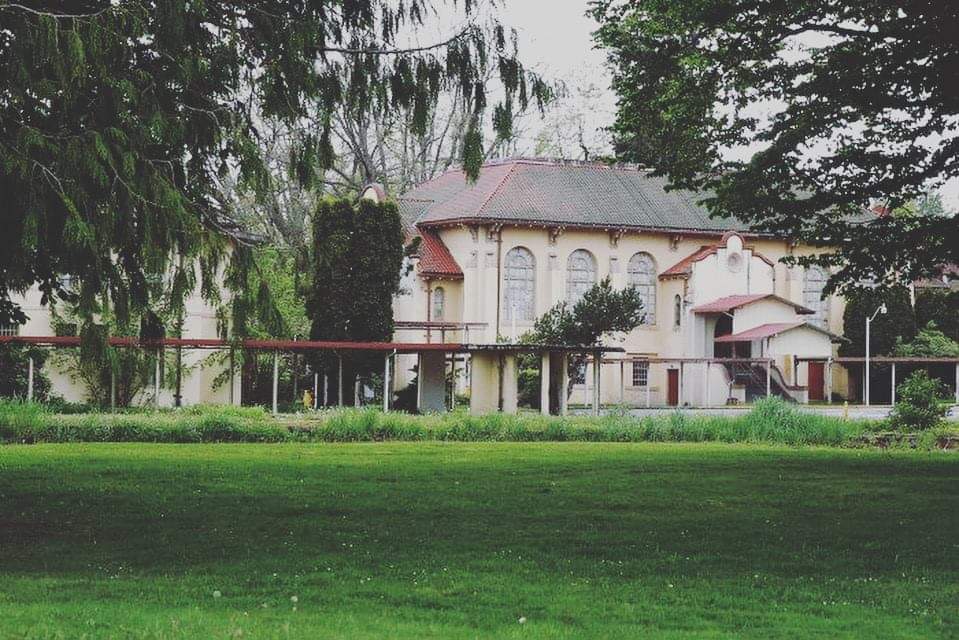 We attempted our exploration of Northern State Mental Hospital the same week as our trip to Devil’s Tower. If I remember correctly, we were actually TRYING to go to Devil’s Tower on this particular day, but didn’t have enough location information at the time to find it successfully. In an attempt to salvage the day, a quick Google search of other abandoned and possibly haunted locations nearby showed me we could probably find some success in Sedro-Woolley. I use the word “attempt” because unfortunately the hospital buildings themselves are off limits to the public. Some of the institution buildings were currently being used to house job corps offices and the others were in decent enough condition to be locked and secured(we try to be decent urban explorers and refrain from breaking and entering, especially since we had my 9 year old son with us that day. I’m a cool mom, I know).

Lo, all was not lost! Northern State was not just your average, every day mental asylum!

Opened in 1913 to house overflow from other Washington state mental hospitals, it’s progressive and “gentler” style of therapy- occupational therapy- meant that the grounds of the hospital included several hundred acres of farmland, barns,workshops and a cannery for the patients to use. At its peak through the 1950s, the hospital was completely self-sustaining. There is also a cemetery on the premises, although most of the graves are sadly unidentifiable or barely marked. Several of the buildings remain intact enough to walk through and they are now part of a large recreational park owned by the state that includes a disc golf course as well as trails for walking. We stumbled across the disc golf course and encountered a nice lady riding her horse on the trails during our visit.

A few sources online say Northern State still used some of the more traditional and cruel medical practices of the time, others argue it was one of the “good” ones due to its progressive views and use of occupational therapy. Either way, being considered “insane” back then included a very broad spectrum of folks who were often left places like this to be forgotten by their families. The hospital closed in 1973. The dairy operation was shut down, and the remaining patients were either transferred or dumped out on the streets of Seattle. Very little was done to document or preserve the graves of patients who died there. I honestly thought I would feel way creepier vibes from a place like this, and perhaps had we made it in to the hospital buildings themselves, I would have. Mostly though, I just felt a sadness over the forgotten people who lived and worked there. Thankfully, it is historically registered and the state as well as a local business have taken interest in putting the remaining property to good use instead of tearing it down. Overall this is great stop for those looking for an easy access urbanex- let me know if YOU have been here and have any paranormal experiences to share. Happy wandering!